​(Note: please click on bold and underlined names for more information and/or videos!)
Lucianna, known on our farm as "Luci" is a lovely Oldenburg mare by Elite Hanoverian jumping stallion Landkönig, and out of an Argentinian Thoroughbred mare. Luci is a 17h black bay mare that boasts a lovely shoulder, neck, topline, long legs, and a beautiful face. In 2019 she was inspected and approved in the Rhineland main mare book with excellent scores for conformation and movement. She will also be presented to the Oldenburg Horse Breeders Society (GOV) in the very near future.

Sire: (from Eurequine's webpage)  Landkönig , is a 16.3H bay elite Hanoverian stallion with 4 socks, a star and snip.  Landkönig  completed his 100 day test at Adelheidsdorf as a three-year-old and was 7th out of 50 with 118.10 points overall and a 9.5 for stadium jumping, 8's for willingness to work, character, temperament and walk. The Hannoveraner lahrbuck Hengste 2005 lists Landkönig with a jumping breeding value of 132 putting him ahead of Ritual, Drosselklang, Espri, Escudo II, Grosso Z, and many other top German Grand Prix producers! Landkönig is in fact the highest rated jumper listed standing in the US, listed in the 2009 stallion yearbook with a jumper breed value of 134 to 140 for ability, slightly higher than super producer and 2007 stallion of the year Argentinus. Landkönig has produced, from his first foal crop, a licensed Hanoverian stallion son and in 2002 broke the record for producing the highest selling jumper ever in the history of the Hanoverian Elite auctions in Germany. Lantinus, a four-year-old gelding, sold for 215,00 Euro, also setting the record price for the Hanoverian auction year, something never done by a jumper!

Her damsire, Nostalgias Star xx,  won over $2 million in 59 lifetime starts before retiring to the breeding shed. Nostalgias Star xx boasts thoroughbred lines that are found in the pedigrees of multiple international sport horses. 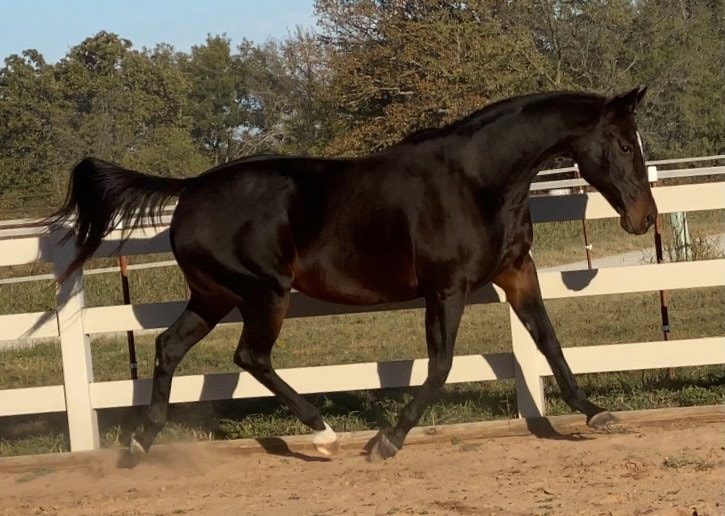 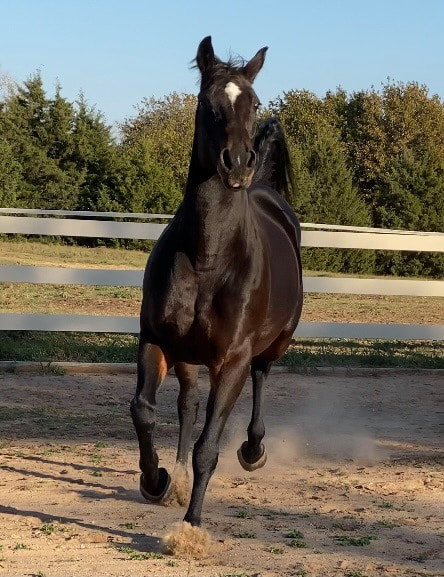 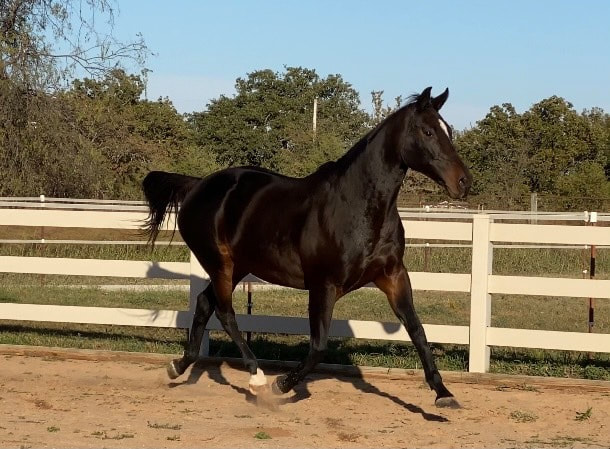 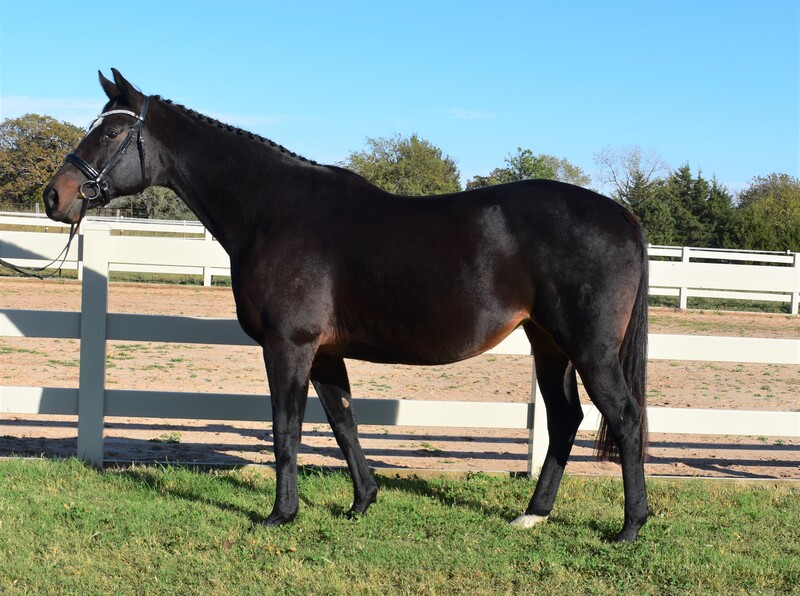 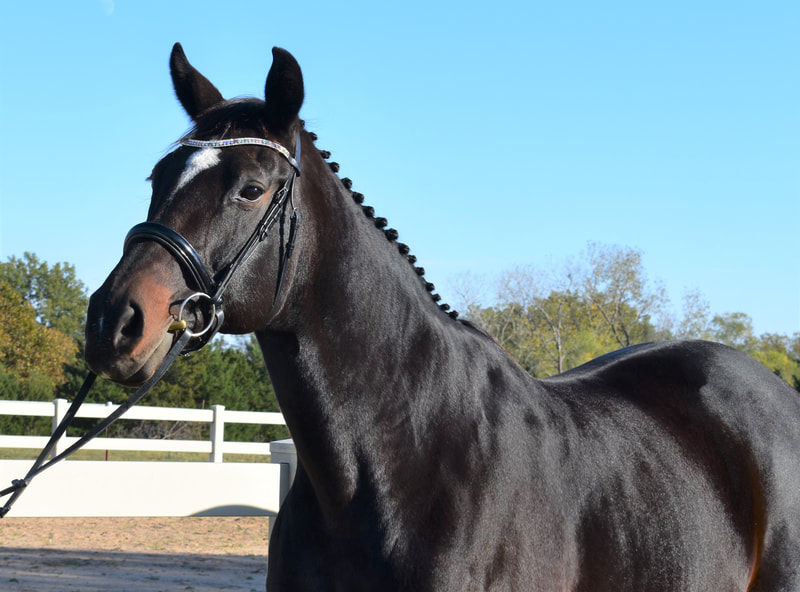 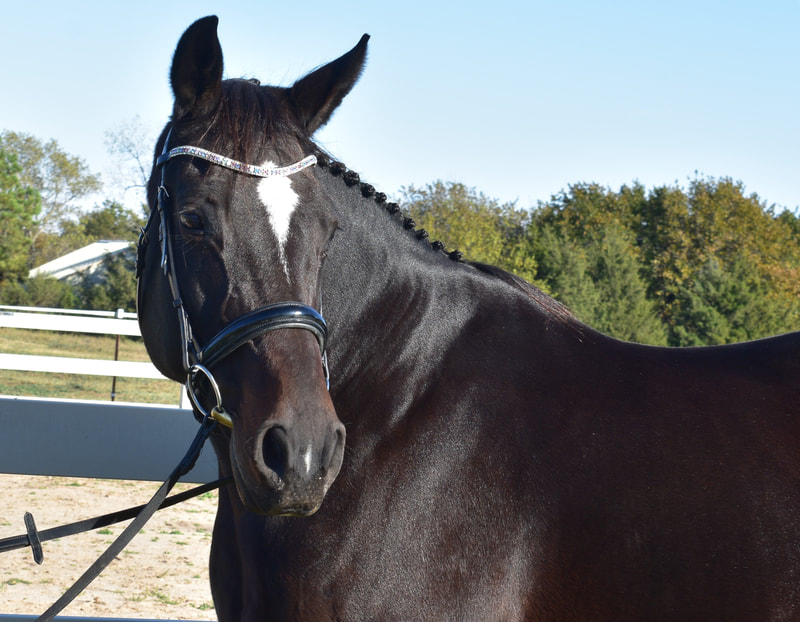 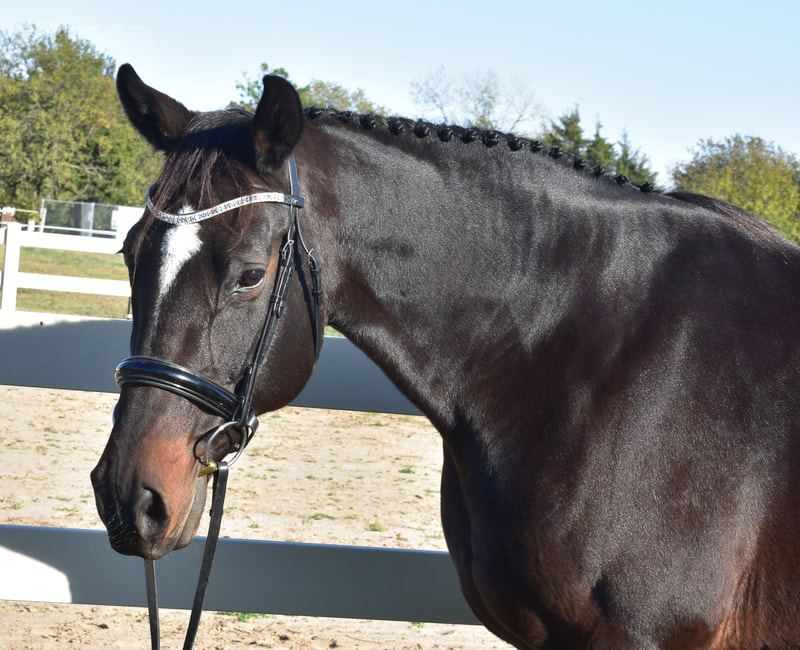 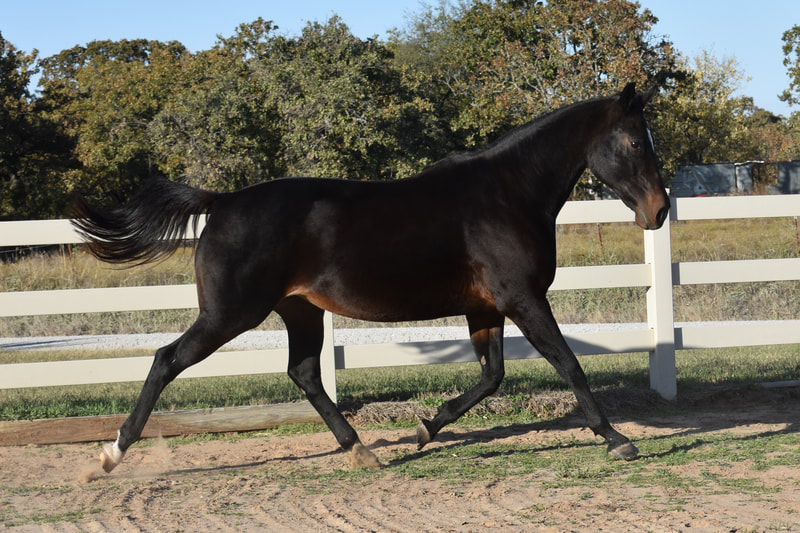 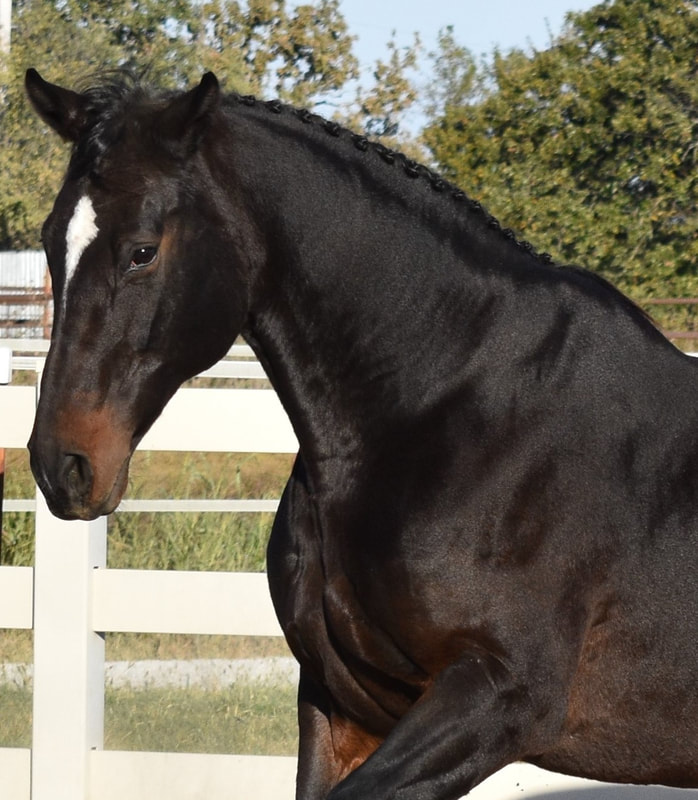 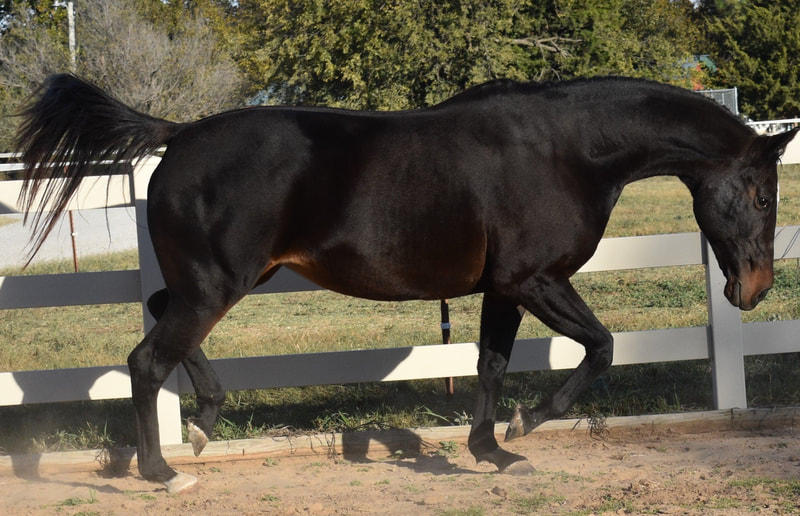 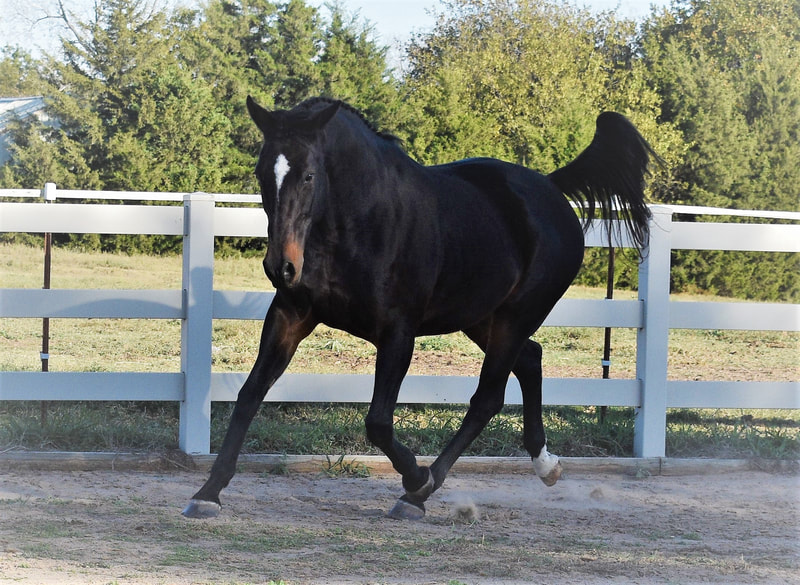 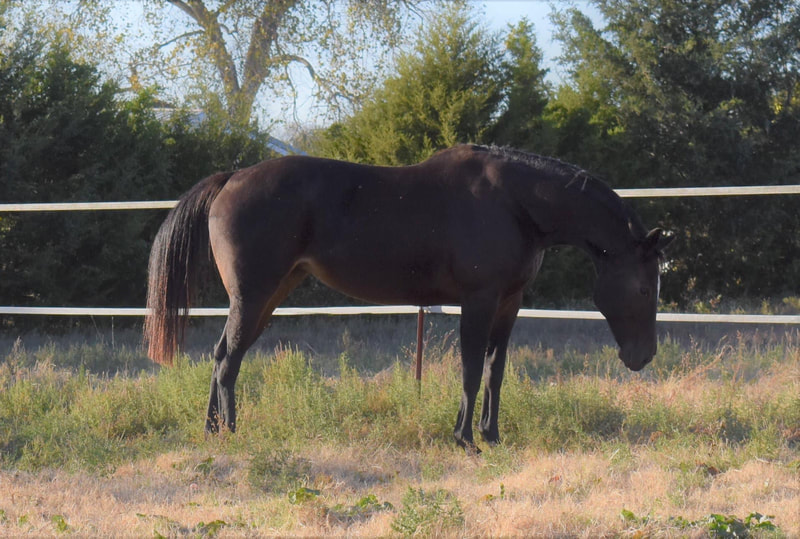 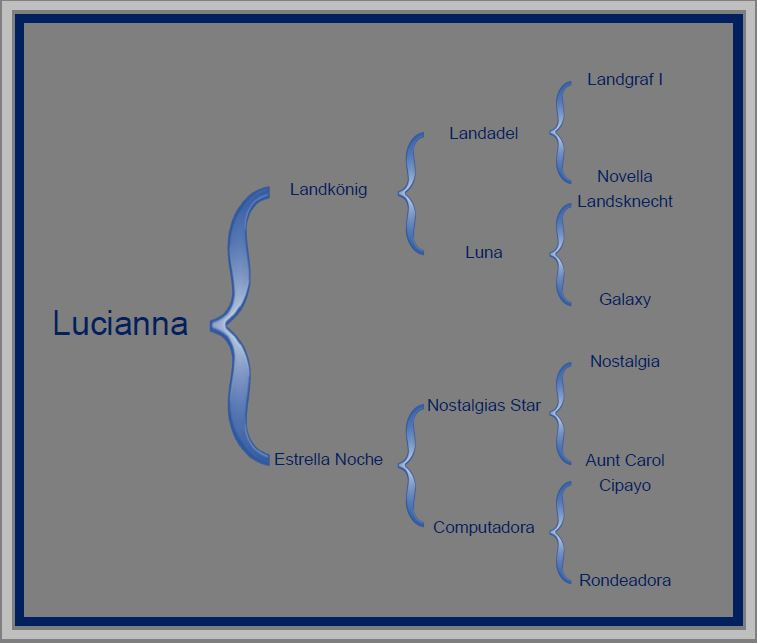