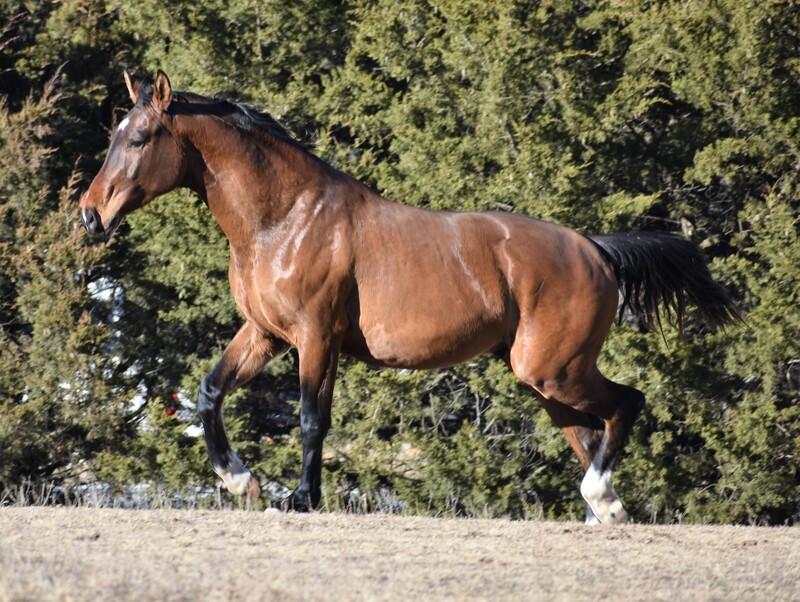 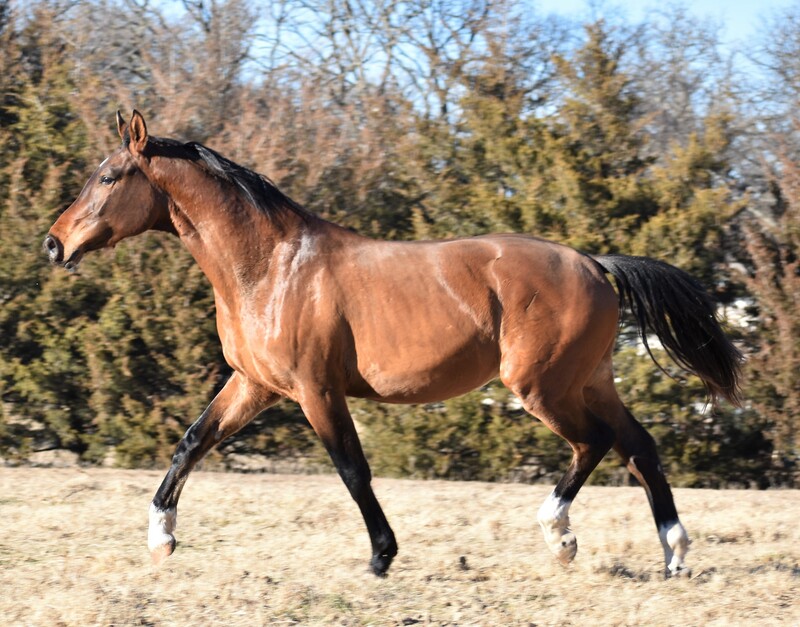 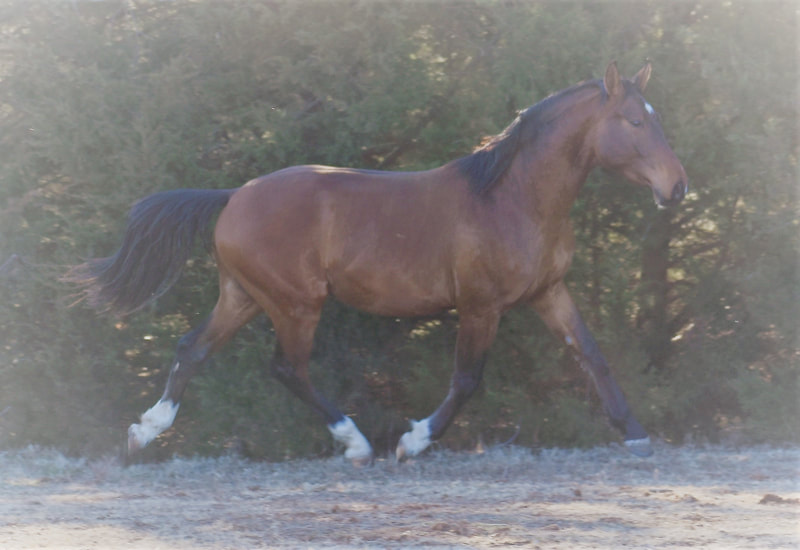 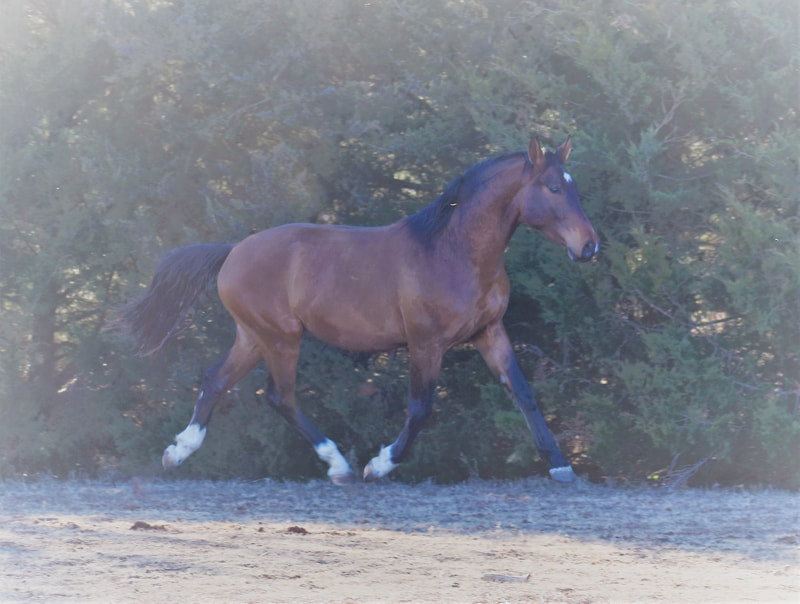 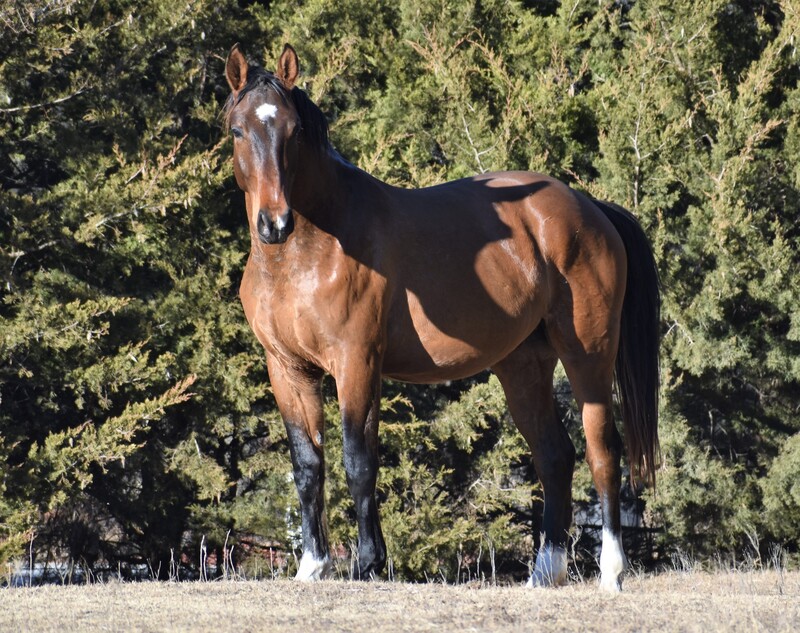 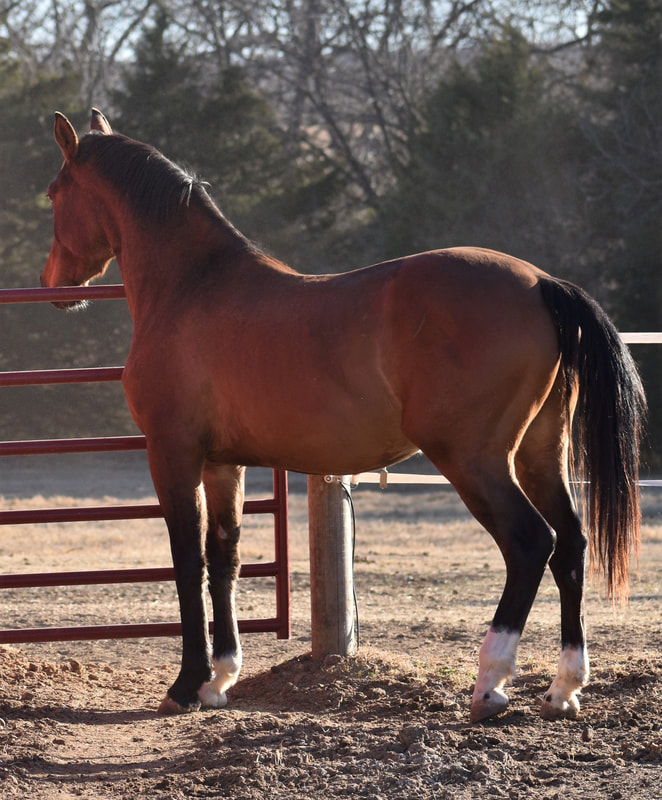 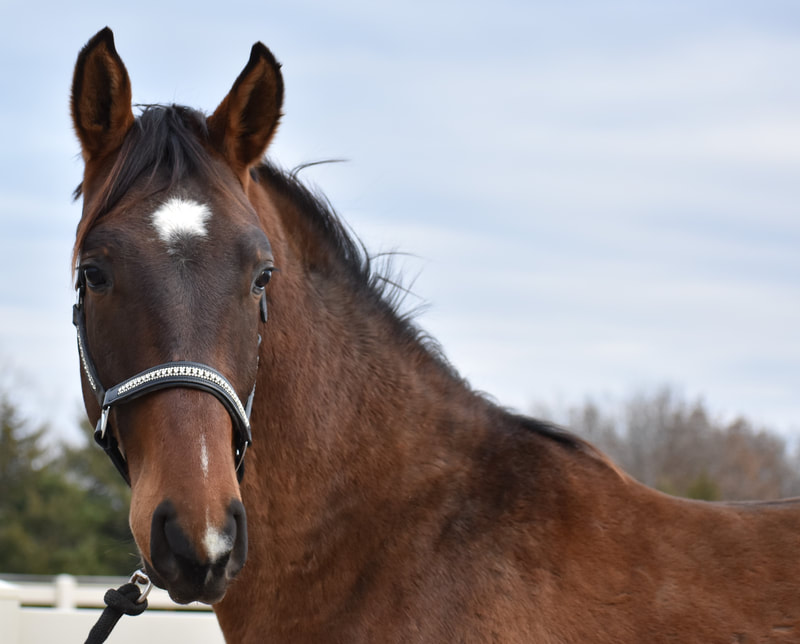 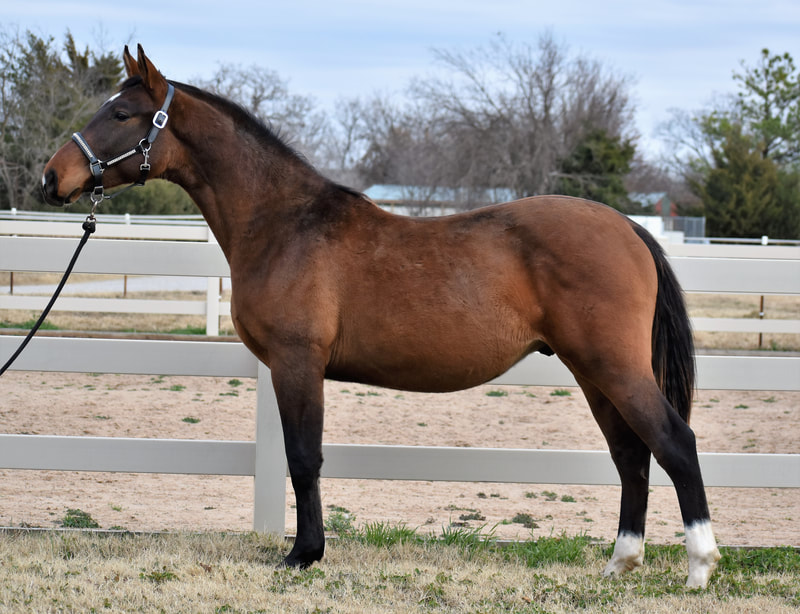 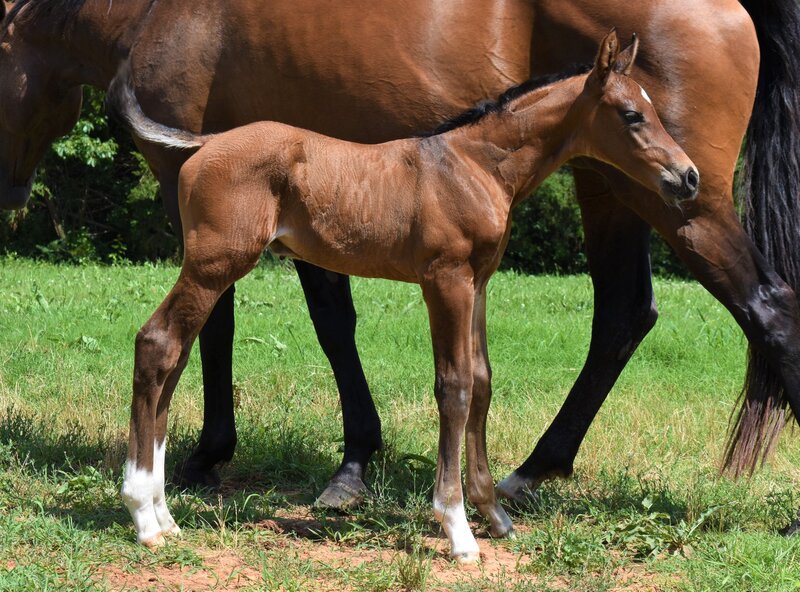 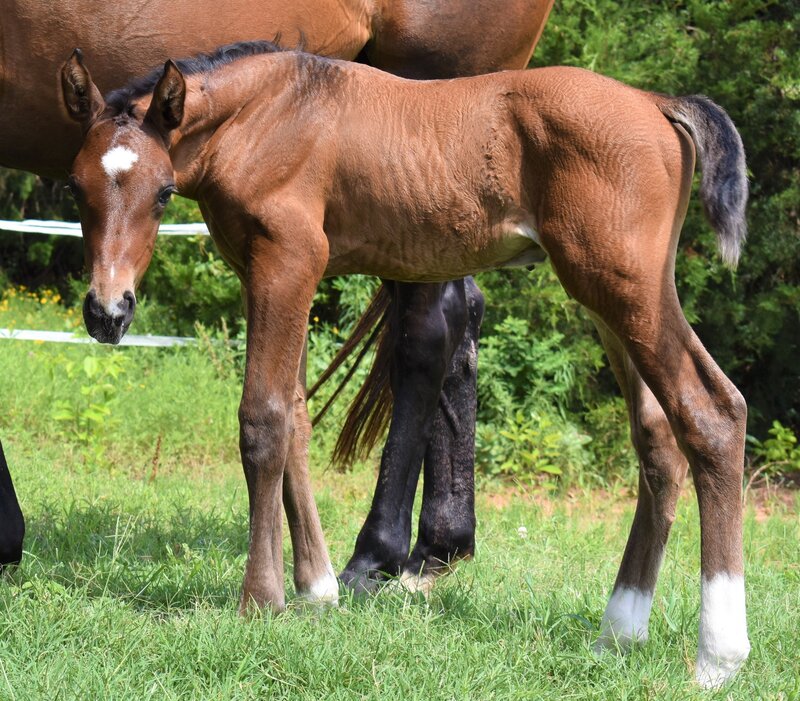 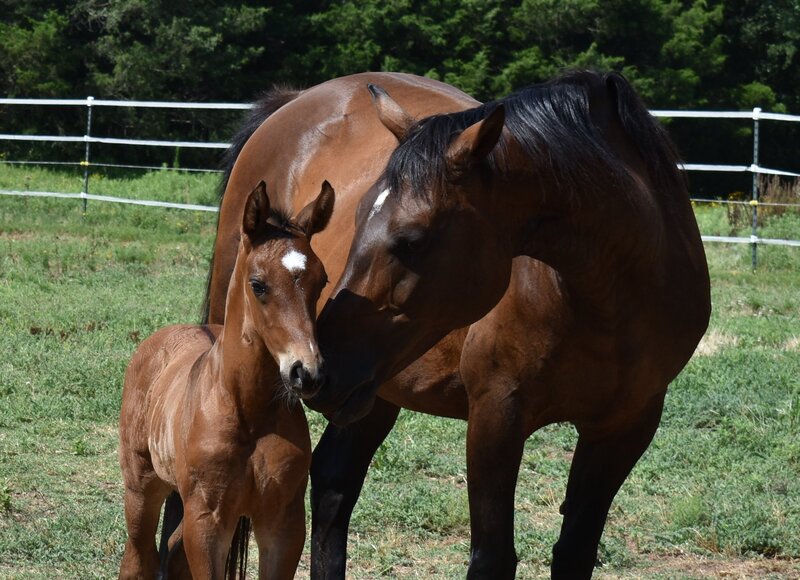 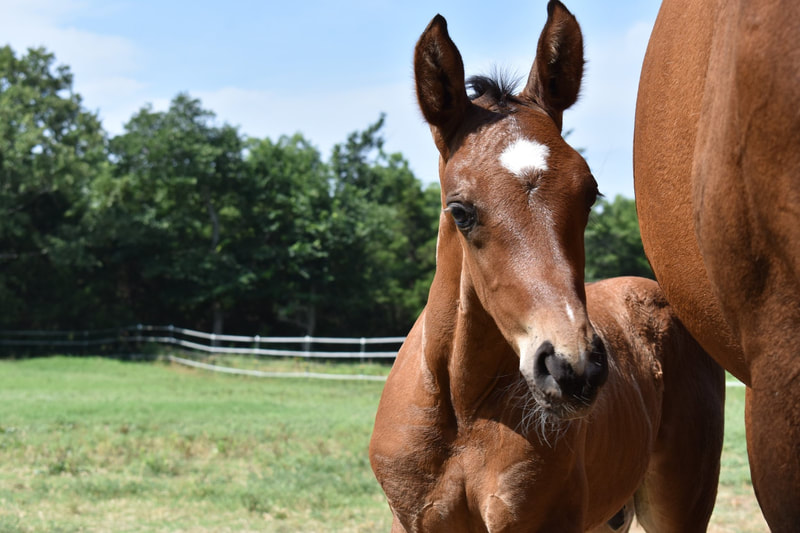 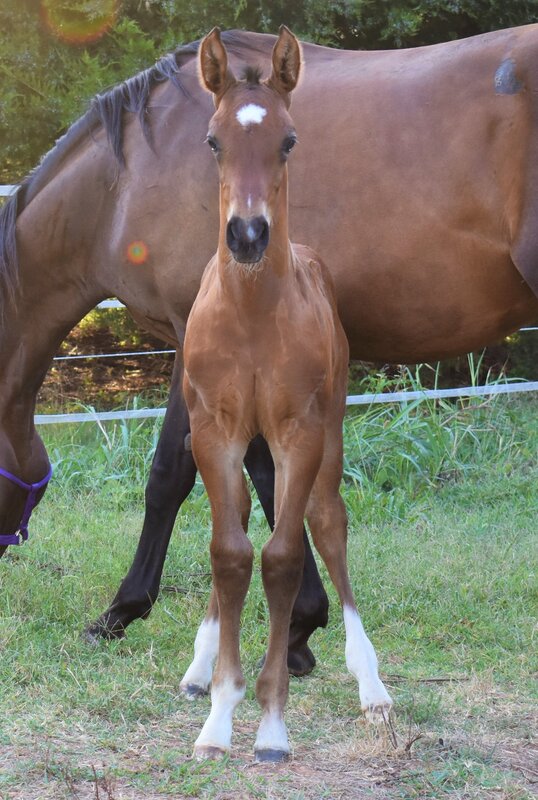 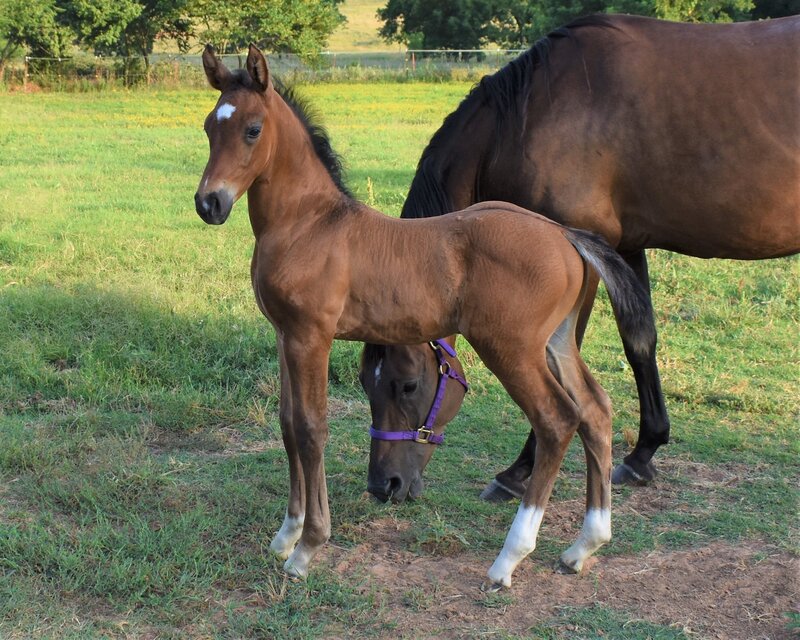 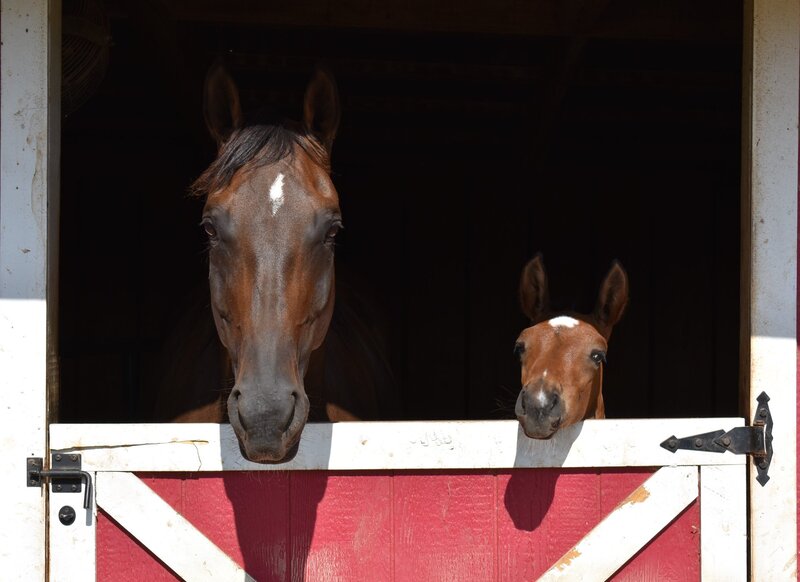 Relentless NLS (known on our farm as "Rhett") is currently offered for sale just in time for him to be started under saddle this spring. As a blank canvas, Rhett will be an amateur or professional rider's dream mount, as he has a quiet, calm demeaner and a love for human interaction. He has lovely movement with plenty of suspension in the trot, a balanced, uphill canter, and a fantastic walk. Inquiries are welcome on Relentless, but the perfect fit for him is required, and we are in no hurry to sell him.

His sire, Rascalino completed the dressage portion of his Adelheidsdorf performance test with the knockout score of 153.37. This score was good enough to make him the winner of the test, with the score of 103.56 on the jumping portion. In fact, this respectable jumping score is probably a product of the of the Wedekind/Ferdinand and Wendekreis/Ferdinand in damsire, Velten Third's background. A further performance component is added through paternal grandsire Rubinstein I, a line known for dressage excellence, but also with some talent at the jump. World Cup III as the sire of the second dam insures dressage excellence.  Rascalino is a beautiful, elegant animal with the best gaits and exceptional freedom of the shoulders, sure to make his mark in modern dressage breeding, in the hoofprints of his famous sire and grandsire.

His dam, Flame Dancer, known on our farm as "Fantasia" is one of our foundation broodmares. She is by Elite Hanoverian Stallion Fabuleux, and out of a Graf Goetz mare. Fantasia is in the Main Mare Books with both the American Hanoverian Society and the Oldenburg Horse Breeders Society (GOV). Fantasia is 16.1H, dark bay with a beautiful head. She passes on her wonderful temperament, uphill movement, an exceptional hind leg, and that classic rocking horse canter that Fabuleux offspring are known for.  In 2018, she produced a beautiful dark bay (almost black) colt by Supremat OLD (Sandro Hit/Rubinstein I) who was named premium foal and stallion prospect at his Oldenburg inspection!

Her sire,  ES Fabuleux, a Class I Stallion, successfully completed his 100-Day Test in Adelheidsdorf, where his exceptional scores included Walk 9, Trot 9, Canter 10, Temperament 9, Rideability 9, Willingness to Work 9. He received the outstanding dressage score of 130.45 points. Fabuleux has sired dozens of top foals and premium foals. They have won numerous Get of Sire classes at major shows in North America. He has sired numerous Elite Mare Candidates, High Scoring Mares, and Top AHS Inspection Tour Mares. Fabuleux is from a rare damline illustrating 7 direct generations of SPS/Elite Mares.

Currently offered at the unbeatable price of $7500.00 to an approved home. This price is non-negotiable. Please inquire for more details.